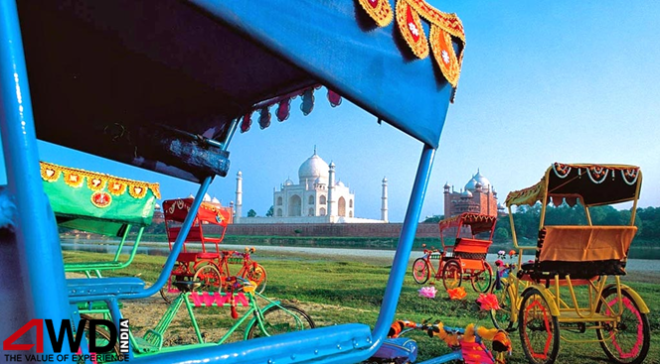 Taj Mahotsav 2017 celebrates in 18 – February to 27 – February by the Department of Tourism, Government of India. 10 long day having program shows the rich culture, arts, crafts, cuisine, dance and music of distinct state of India. May be the Theme of Taj Mahotsav 2017 will be ‘Sanskriti Ka Satrangi Utsav’. It means the in India having different tradition and rituals which shows the specialty of any state. Taj Mahotsav shows the different Indian tradition at one place. Taj Mahotsav is the best time to see India’s rich arts, crafts, culture, cuisine, dance and music comes together.

The charming opinion of the Taj Mahal alongside the festivity of Taj Mahotsav makes it a grand celebration. This “symbol of love” The Taj Mahal is awesome translated into a 10 – day display of rich art, awesome craft, culture and cuisine, known as the Taj Mahotsav. Police have made arrangements for security and 20 CCTV cameras have been installed.

The Mahotsav cover an art and craft – forms from classical to folk and famous film music and dance performances. Besides this stunning performance the artists from different regions put up a verity of incredible arts. Around 350 craftsmen from Rajasthan, Jammu and Kashmir, Madhya Pradesh, Maharashtra, Gujarat, Uttarakhand, Bihar, Haryana, West Bengal, Punjab, Tamil Nadu, Andhra Pradesh, Telangana, have displayed their creativity and arts at the Taj Mahotsav.

One of the major attractions of the Taj Mahal Mahotsav of Agra is the Food of Agra, where you can taste some delicacies traditional food of rest of India like Indian Samosa, Lucknavi Kebab, Hyderabadi Biryani, Chole Bhature, Gulab Jamun, Amritsari Naan, Poori Sabji, South Indian Dosa etc.

Funfair is the biggest attraction for all children in the Celebration. Kids and adults both can enjoy thrilling rides in Taj Mahotsav 2017. So have fun at Taj Mahotsav with your whole family.

The Taj Mahotsav gives a true picture of India culture at her best with a glimpse of her rich heritage and togetherness of India. Four Wheel Drive India gives a chance to see the rich arts, crafts, tradition, dance and music of India at Taj Mahotsav 2017 with Taj Mahotsav tour packages.