Taj Mahal is a must-see monument for all travelers. It is one of the seven wonders in the world and symbolizes love of an emperor for his much loved queen. But, the actual fun of travel is rely on exploring the unexplored and seeing what has been seen less. I personally bring to you 3 places to visit in Agra except Taj Mahal. Here goes-

While definitely overshadowed by the Taj Mahal, it is one of the |top places to visit apart from Taj Mahal. IIt was initially a brick fortress that was held by a group of Rajputs. Be that as it may, it was along these lines caught by the Mughals and revamped by Emperor Akbar, who chose to move his capital there in 1558. The red sandstone development was finished in 1573.

Shah Jahan later changed the Fort into a palace during his rule. He was later locked up there after his child seized power in 1658. The Fort was also the site of a battle during the Indian Rebellion of 1857, which threatened the rule of the British East India Company.

In addition to the rich history, the monument boasts of light shows held in evening time and great marble work and lots of complexes to explore within it.

It is likewise called “The Moonlight Garden”. That gives you a perspective of the Taj from the river bank. This sort of 25-acre of land greenery enclosure complex is arranged straightforwardly inverse the landmark and was really worked before the Taj, by Emperor Babur (the author of the Mughals Empire). It fell into ruin yet has recently been beautifully reconstructed. The entry fee is 100 rupees for foreigners, and it is open up until sunset.

Situated inside the Sur Sarovar Bird Sanctuary, Keetham Lake is a peaceful spot, well suited for nature lovers and bird watchers. The depth of the lake vary between 4 to 8 metres. The sanctuary of which the lake is a part houses more than 106 types of migratory birds and a pond is a great place for bird watching. Several species that you can spot here are the spoonbill, egret, graying goose, purple heron, comb duck, and pin tail, to name a few. 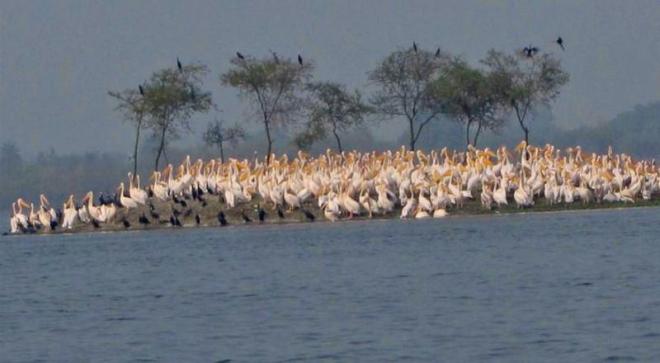